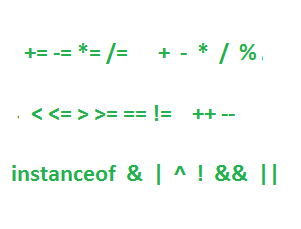 The instanceof operator is used to verify whether an object is of a particular type. And it is used only for object reference variables.

The conditional operator is a ternary operator (it has three operands), which is used to evaluate boolean expressions and assign a value to a variable.