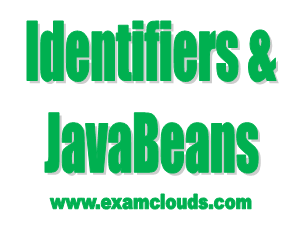 The JavaBeans are Java classes that contain properties. We can think of properties as private instance variables. Because they're private, they can be accessed from outside of their class only by the class methods. The methods that receive a property's value are called getter methods and the methods that change a property's value are called setter methods. The JavaBeans naming rules:

The JavaBean specification supports events, which gives the possibility to notify components when some event occurs. The objects that retrieve the info that an event happened are called listeners. The methods which are used to add or remove listeners from an event should also follow JavaBean naming standards: